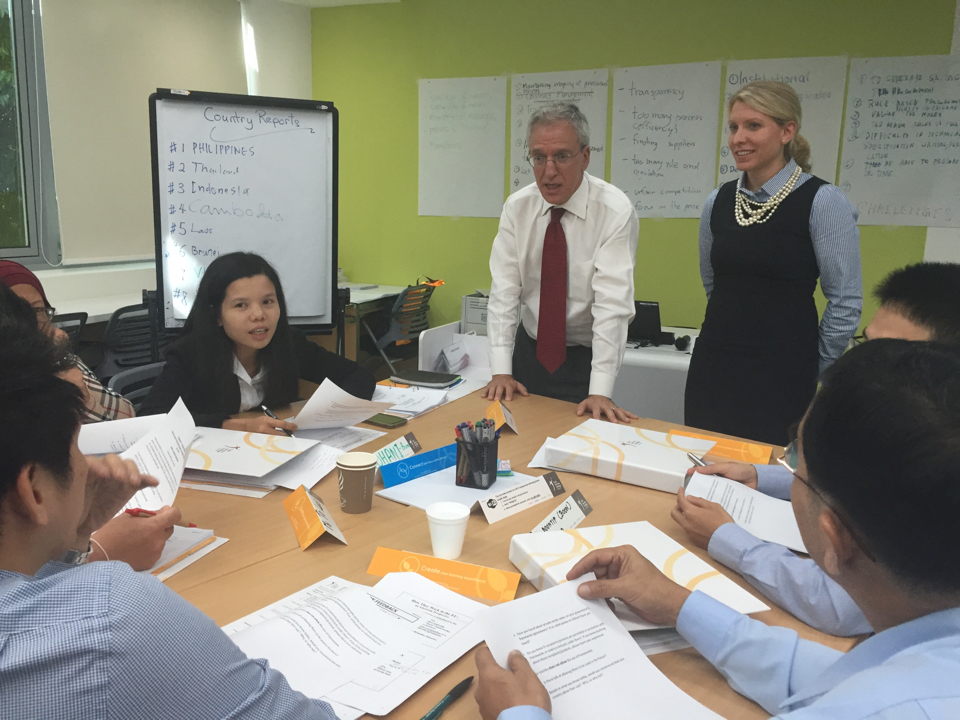 On June 8-12, 2015,  CLDP conducted its second joint Third Country Training Program (TCTP) course with Singapore’s Ministry of Foreign Affairs and Civil Service College on Public Procurement. While most countries in Southeast Asia have public procurement laws on the books, the majority struggle to implement the laws evenly across all government. At the same time, some of the faster developing economies are looking to implement e-procurement and framework agreements in the next iterations of their laws. E-procurement, when implemented comprehensively, is an effective method of increasing transparency in procurement and lessening corruption.

Over the course of the week, the participants learned about best practices in public procurement, including e-procurement, framework agreements, best value, and contract management. CLDP invited former Presidential Advisor Professor Daniel Gordon of George Washington Law and the Department of Commerce’s Chief of Contract Law Lauren Didiuk as experts for the course.  The course included a site visit to Singapore’s water treatment facility as part of the Public-Private Partnership Module. CLDP will conduct a third workshop on Targeting Counterfeits in Customs in August.