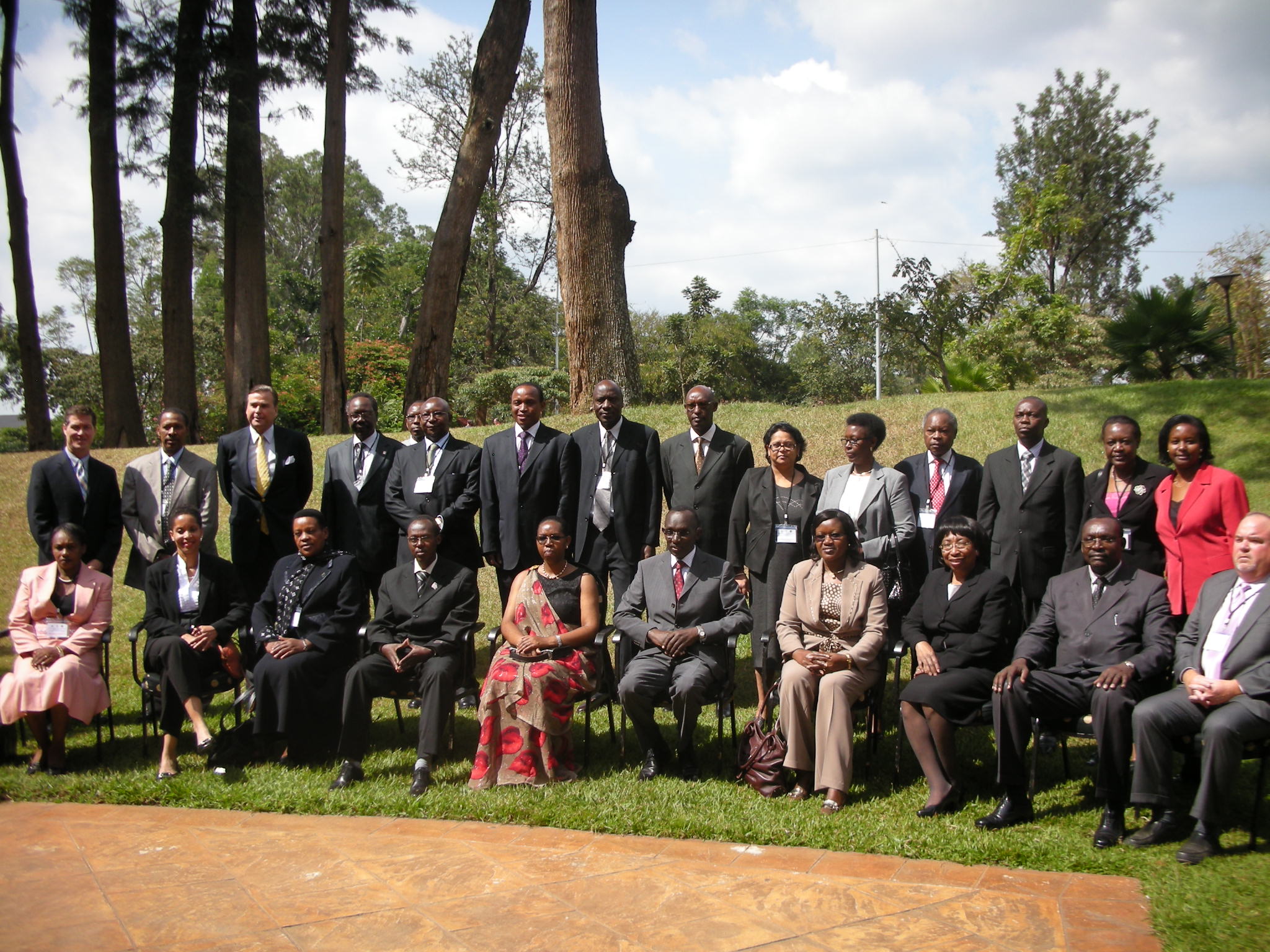 CLDP led a three-day workshop in Kigali, Rwanda, June 6-8, 2011, focusing on the judiciary’s role in promoting intellectual property rights (IPR) protection and enforcement throughout the East African region.  The workshop was designed to increase the skills and knowledge of the participants in trademarks, copyrights and electronic evidence so that they might more fairly, consistently, and efficiently adjudicate IP cases in the region.  Furthermore, it sought to increase awareness of the benefits of enhanced IP enforcement through the participation of a U.S. Federal Court Judge and a U.S. prosecutor who shared their experiences in adjudicating the many prevalent and difficult issues in trademark, patent and copyright matters.

The workshop comes on the heels of Rwanda’s 2009 new IP law aimed at attracting foreign direct investment and innovation.  Realizing the significance of innovations in the context of sustainable development, the Chief Justice of the Rwandan Supreme Court, Aloysie Cyanzayire, stressed the importance of IPR protection from a commercial standpoint.   Similarly, Trade and Industry Minister, François Kanimba deplored the loss of revenues due to piracy and counterfeiting, but most importantly the public health risk they engender. As such, CLDP’s conference is one of the first of many steps in the technical training and awareness raising necessary to combat these dangers.

Over seventy participants from East African region attended the workshop, including judges and magistrates from Burundi, Kenya, Mauritius, Tanzania and Uganda, as well as officials from Rwanda’s Supreme Court, Ministry of Trade and Industry, Ministry of Justice, National Public Prosecution Authority, Bureau of Standards, and the Rwandan Development Board.  These individuals joined with regional practitioners and academics from the National University of Rwanda, artists, authors and entrepreneurs for a series of panel discussions, practical exercises and exchanges of ideas and best practices.

Both national and regional press and television covered the event, providing excellent reporting to the public about what the conference sought to achieve.  Further, the outcome of this workshop resulted in a series of recommendations for the East African Community members regarding access to legal protection for everyone; sharing judicial opinions in IP cases throughout the region; consistently reviewing and revising each country’s IP statutory framework to ensure that it addresses issues raised by current technologies and deters the most contemporary threats; promoting awareness of IP laws and interest in partnering for the upcoming Africa IP Summit to be held in South Africa in the spring of 2012.