The Role of the Judiciary in the Protection of Intellectual Property 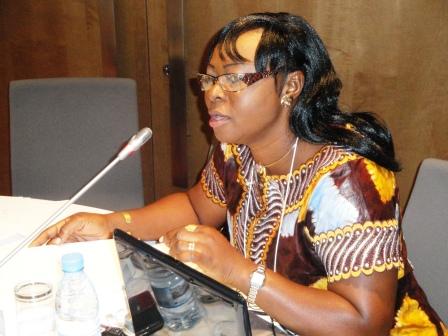 CLDP and U.S. Department of Commerce’s Office of Africa (International Trade Administration), in partnership with the U.S. Department of Justice (USDOJ), the U.S. Embassy in Dakar and the American Chamber of Commerce in Senegal (AmCham), successfully hosted the first judicial training in Senegal on the Role of the Judiciary in the Protection of Intellectual Property from September 21-23, 2010 in Dakar, Senegal. The workshop was organized in close collaboration with the Judicial Training Center of the Ministry of Justice of Senegal. The workshop’s main objective was to improve the skill and knowledge level of Senegalese and other West African judges to provide for fair, efficient, and consistent adjudication of intellectual property cases. Approximately 90 IP officials, stakeholders and members of the judiciary attended the regional initiative, which exposed participants to the importance of intellectual property protection, its role as a tool in West Africa’s economic development, and the need for consistent and fair adjudication of IP cases based upon the standards of protection afforded by Senegalese and international law. In addition to U.S. Department of Commerce expertise, the workshop featured a U.S. Federal Court judge, a USDOJ prosecutor and an attorney advisor from the U.S. Patent and Trademark Office (USPTO), who shared best practices between the U.S. and West Africa from the investigation to the adjudication of IP cases. Participants explored substantive and procedural issues faced in the adjudication of such cases through interactive exercises of case studies and IP scenarios. Regional participants included judges and magistrates from Benin, Burkina Faso, Cote d’Ivoire, Senegal and Togo and IP officials from the African Organization for Intellectual Property (OAPI), the Copyright Office of Senegal (BSDA), the Agency for Technological Innovation in Senegal (ASPIT) and the Office of Industrial Property of Senegal (SPI). The workshop equally benefited from the contributions of private sector stakeholders such as Microsoft, Nestle, Philip Morris, Pfizer, UNIWAX and representatives of the creative industries in Senegal such as the Association of Filmmakers in Senegal (CINESEAS), the Association of Artists and Comedians of Senegal (ARCOTS), and theInter-professional Coalition of Phonographic Producers and Editors of Senegal (CIPEPS). These stakeholders led a dialogue on the impact of counterfeiting and piracy on consumer goods and the creative industries in West Africa and the resulting concerns for public health and safety and impediments to economic development.