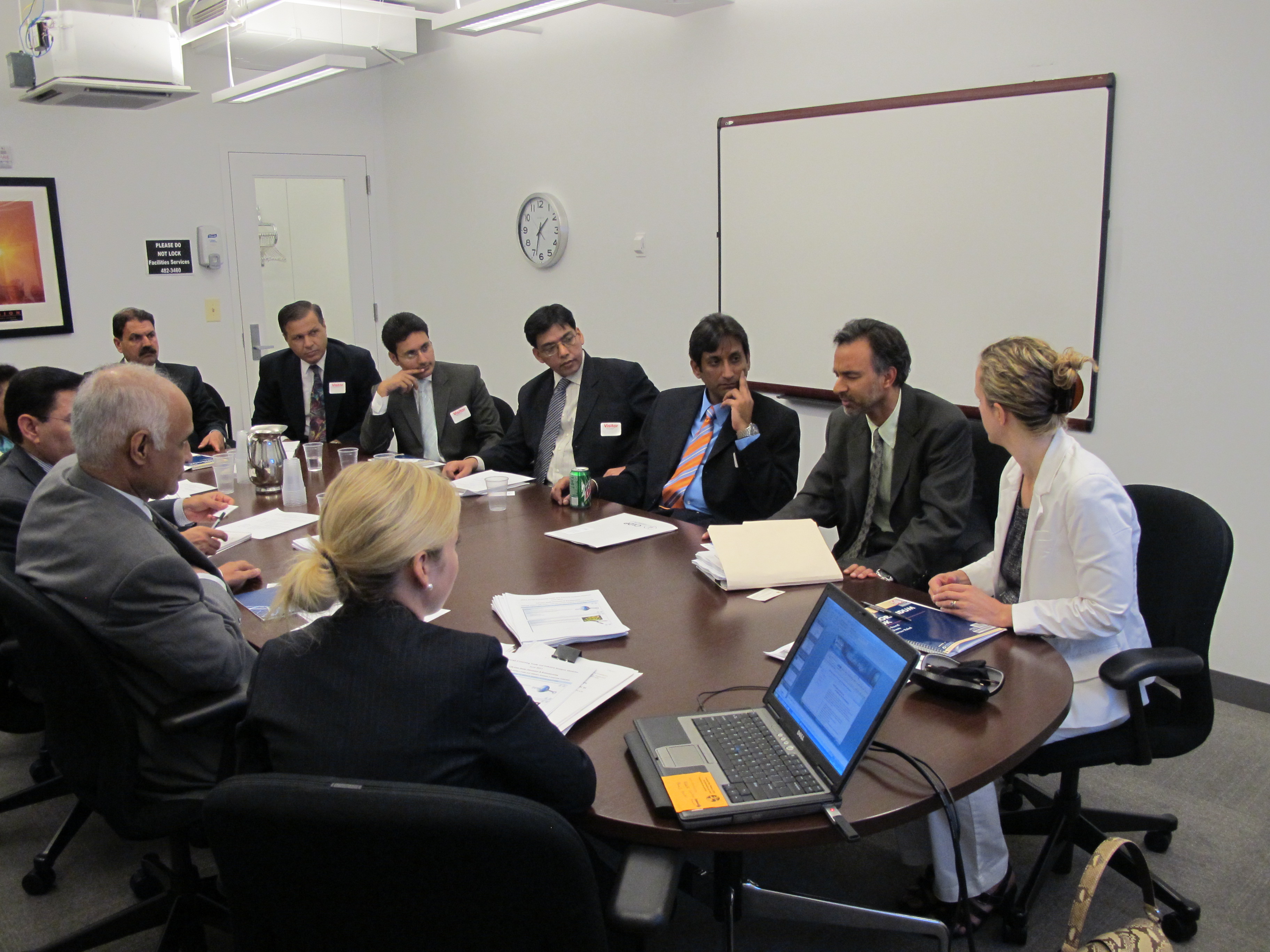 Building on the success of a May, 2010 trade capacity building program for the Pakistan Institute for Trade and Development (PITAD), CLDP brought a delegation of nine individuals representing various government ministries as well as members of PITAD’s management team to Washington D.C. June 14-30, 2011 for more consultations and workshops to build Pakistan’s capacity in trade policy and research. PITAD is the Pakistan Ministry of Commerce’s policy development center, research center and training institute that conducts economic analyses related to trade and competitiveness issues.  CLDP organized consultations over three weeks that included peer-to-peer exchanges and working sessions with the Office of the United States Trade Representative, Customs and Border Protection, Office of Trade Policy and Analysis, United States International Trade Commission and the World Bank. As part of this program, PITAD gave presentations to OTPA and USITC on a knowledge management database it created with knowledge gained from those resource partners during the May, 2010 program. This program also included consultations on technology foresight which is the subject of new research studies for PITAD and training of commercial diplomats which is one of PITAD’s core competencies.  Finally, CLDP introduced PITAD to a world re-known game theory expert who provided a two-day primer on how game theory can be applied to trade negotiations. This program provided the participants with a deeper understanding of the best practices in trade research and analysis and trade negotiations.  The delegation thanked CLDP for its efforts in helping to building PITAD into a public policy institute of international stature and requested future programming.