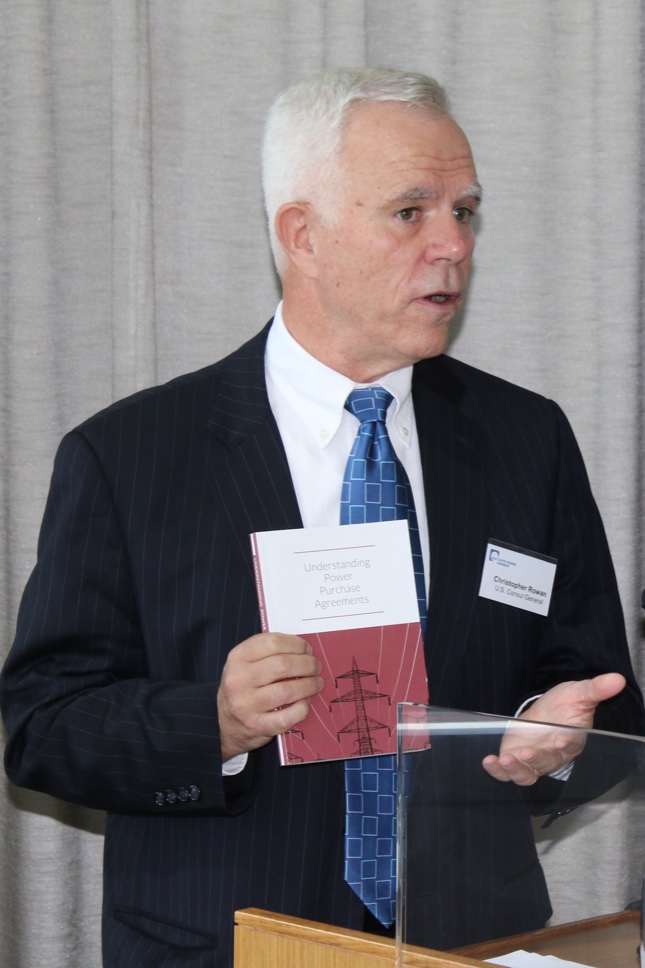 Following the March 2014 workshop that brought together leading power project and energy experts from firms in Africa, Europe and the US, as well as the African Legal Support Facility (ALSF) and the Overseas Private Investment Corporation (OPIC), to review and annotate the most heavily negotiated and disputed provisions within power project contracts, an identified core set of Power Purchase Agreement (PPA) provisions were annotated with a list of choices and consequences for risk allocation and bankability of the PPA.

On March 26th, CLDP Chief Counsel Stephen Gardner led the launch of the handbook entitled "Understanding Power Purchase Agreements". The handbook, which was drafted in early November 2014 with funding by USAID and conducted through a partnership between CLDP and the Africa Legal Support Facility (ALSF), is intended to provide an overview of PPAs and the obligations, risks and remedies that are found within them. The text was drafted by a group of international experts including contributors from governments, development banks, private banks and leading international law firms, and will prove a beneficial tool for the negotiation of PPAs as well as build capacity within African governments to understand PPAs. This project was developed as part of President Obama's Power Africa initiative and provides a common foundation for governments and the private sector to use for the negotiation of complex project agreements.

The March 26 program, hosted by DLA Cliffe Dekker Hoffmyer in Johannesburg, South Africa, introduced the handbook to the South African power sector and included a panel discussion with the handbook authors and a reception that brought together leading project developers, banks and law firms. CLDP has also launched the handbook thus far in West Africa on January 20-21, 2015 in Abuja, Nigeria and in Washington, DC at the Powering Africa Summit on January 29-30, 2015.