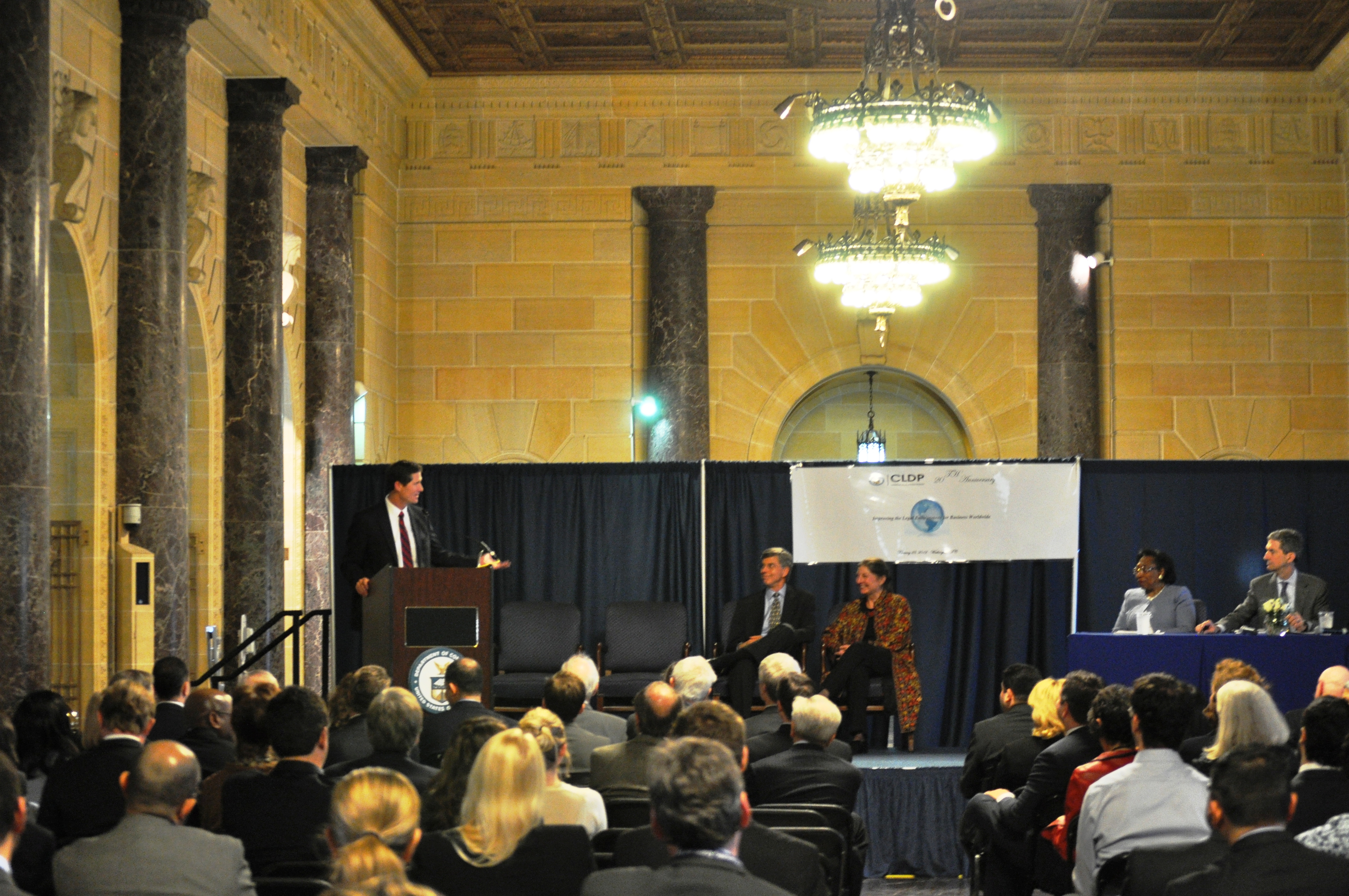 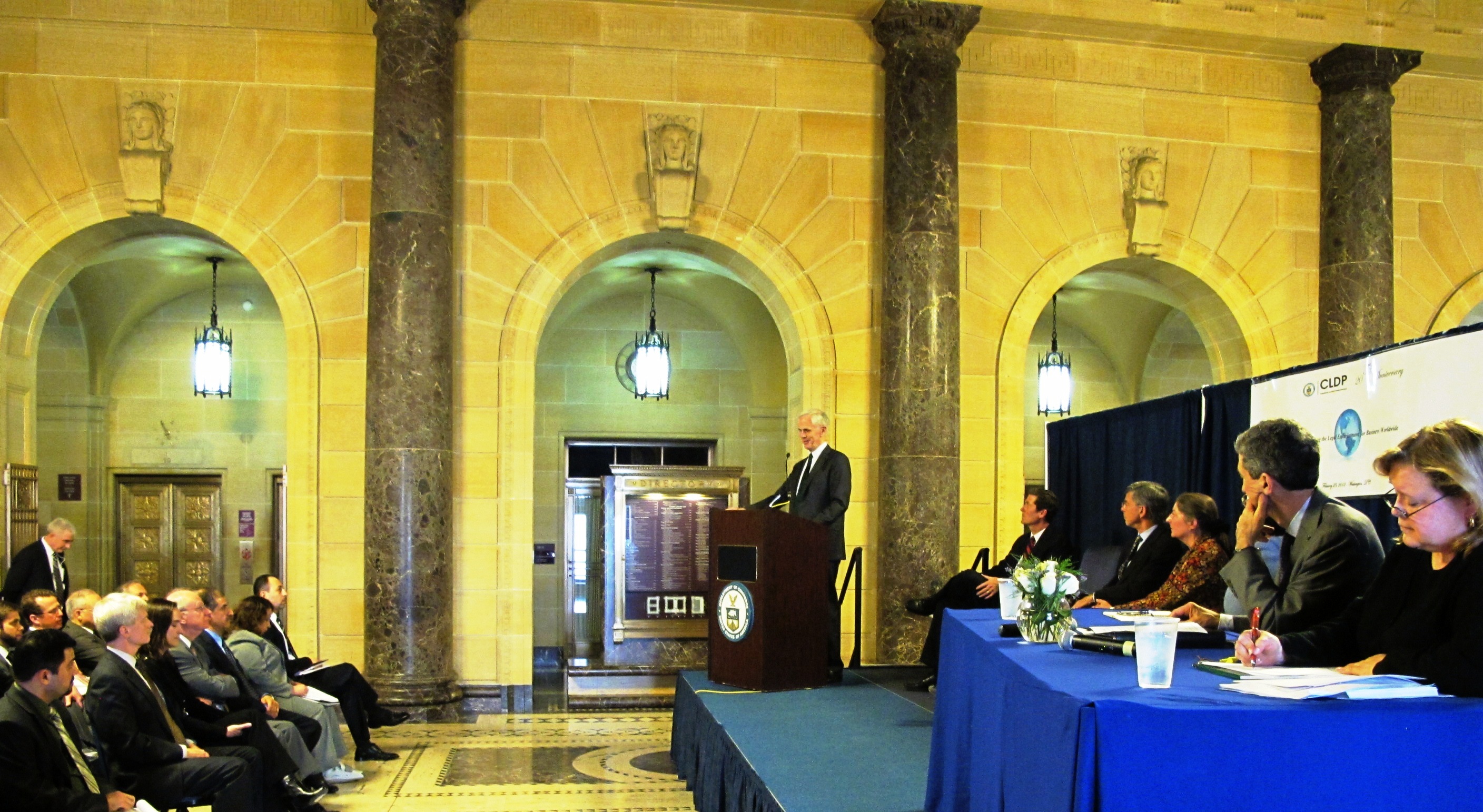 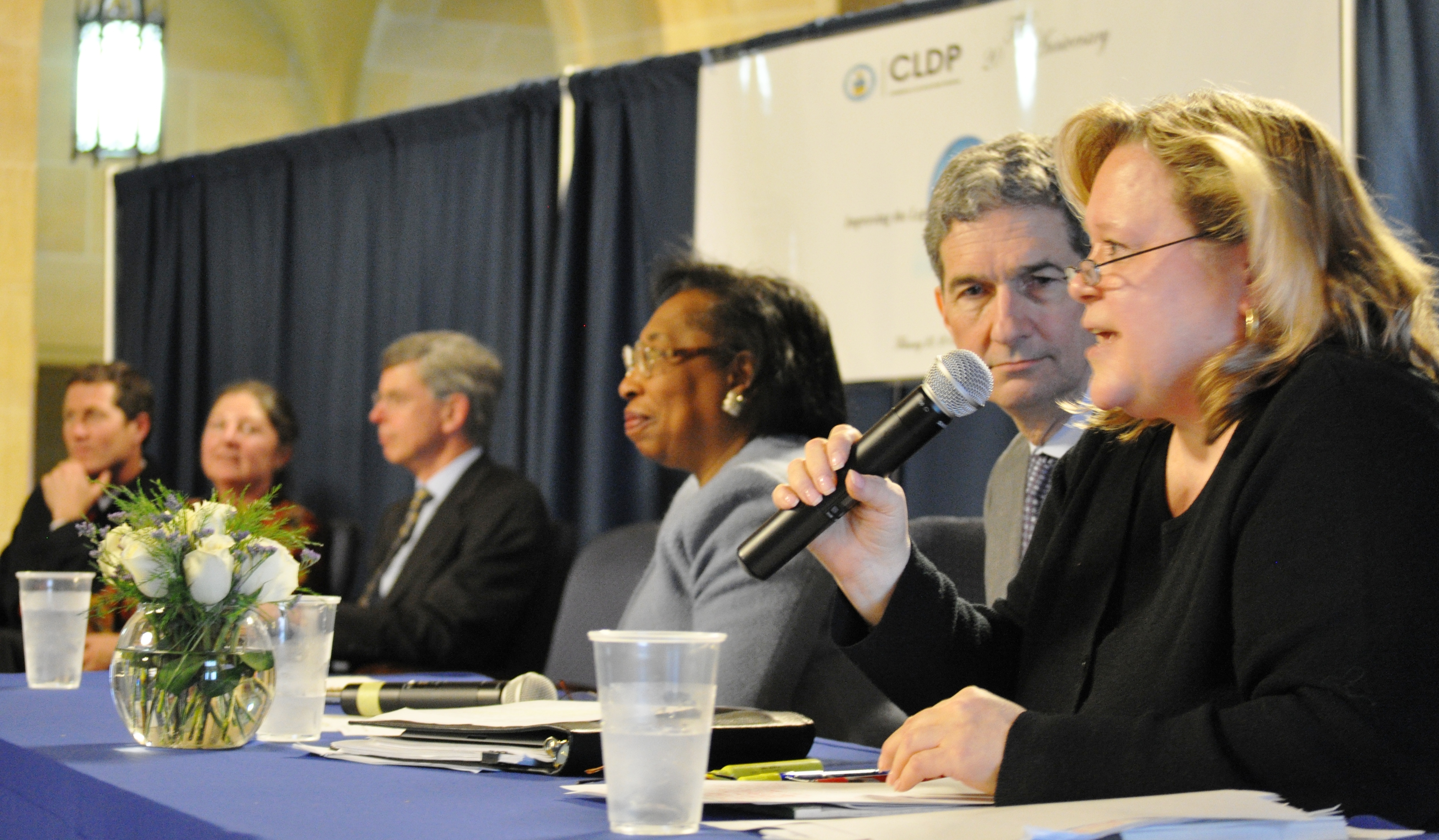 The Commercial Law Development Program was created in February, 1992 and on February 23, 2012, CLDP organized an event to thank the institutions and the individuals who created CLDP and/or helped it grow, and to reflect on lessons learned. Commerce Secretary Bryson emphasized the importance of a modern and fair commercial law environment for US firms that export or invest overseas; he highlighted the contribution made by CLDP in fostering such environments in many countries. Ambassador Taylor echoed the Secretary’s words and praised the model cooperation between the Departments of State and the Department of Commerce, which has made it possible for CLDP to respond promptly to State’s priorities for technical assistance in commercial law, whether the beneficiary countries were former Soviet Bloc countries as in February 1992, or are Arab Spring countries as in February 2012.

In a discussion moderated by Commerce General Counsel Cameron F. Kerry, Judge Bernice B. Donald from the US Court of Appeals for the 6th Circuit, and Judge Delissa Ridgway from the US Court of International Trade, reflected on their experiences with CLDP programs in many countries over the years. Both judges concluded that the judicial capacity building programs conducted by CLDP have resulted in two significant changes: foreign judges now realize that they can play a significant role in the economic development of their countries; they have now the expertise and the confidence to help bring about the judicial environment, adapted to their country’s specific context, that are conducive to foreign investment and trade. Awards were presented by CLDP staff to several USG officials, diplomats and private sector experts, who have made important contributions to CLDP programs and to the strengthening of the rule of law worldwide.